Expendable wrote:And as of yet, no pirates. Pity.

Working on ideas, little hesitant starting anything to involved with new characters right now but I haven't forgotten just really busy when it slows down a bit at work I'm hoping to get on it.
Top 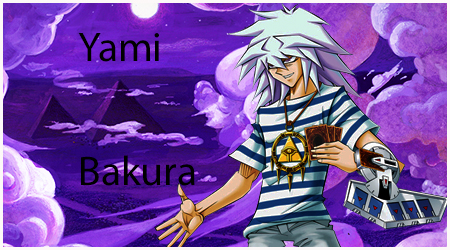 Setting: The Southern Cross is a developing sector of space, currently serviced by family and independent cargo ships. Recently, the Daystrom Corporation has shown some interest in expanding their shipping routes and manufacturing into the Southern Cross area. There's also been a sudden uptick in pirate raids on small ports and cargo ships. As the worlds are unable to provide security for the independent haulers and the Imperial navy has failed to respond, the haulers have decided to set a Trojan Horse trap for the pirates, by placing a few of their fighting members into shipping crates and letting the pirates take them aboard as cargo.

Premise: The Daystrom Corporation hired mercenaries to conduct the pirate rates to induce the colonists and miners to agree to the corporate contracts. Failing this, the mercenaries can start wiping out small colonies.

This will most likely be a character-sheet-required game. While the Southern Cross colonists have had some Self-Defense Force training, very few of them are extensively militarily trained.
Top

Another great idea for sure

The general and I were just talking on my back porch when the gold and silver saucer appeared, hovering for a brief moment before landing, legs coming out in a smooth ballet of motion that told me that the operator was using the very expensive auto-park feature as it settled onto the ground. It then shimmered and turned glassy as tiny cameras on one side displayed a pixel on the opposite side. Anyone looking straight down would see a circular shadow and not what was casting it.

“And,” the general drawled, putting down his coffee, “I suppose you have a reasonable explanation for all of this?”
“Ah,” I managed, as a hatch opened up, looking like a hole into some strange factory, and a tiny figure bolted from inside, heading directly for me.
“Ig!” it cried, just before it flung itself at me, landing on my chest.

“Uh, Reg, now is not…”
“You gotta hide me! Please! Just for a few days!”
“Hide you?” the General and I chorused. For a brief moment, I wondered if I should call jinx on him, but he didn’t look like he was in the mood.
“Who’s that?” Reg demanded, leaning away to stare at my other visitor. His eyes narrowed. “It’s a native… did you get a butler?”

Oh god, I almost lost it as the general turned red, looking ready to throw a fit.

“Reg, that is General [REDACTED]. He came to see me about some technical issues his satellites have when they fly over…”
“Does he want a bribe?” Reg asked out of the side of his mouth in the worse stage whisper ever. I wanted to bury my face in my hands, if they weren’t immediately occupied with holding onto a small alien in a space suit.

“Reg…!” I whined, but he’d already had pulled out several diamond discs which he tossed towards the general. [REDACTED] had great reflexes for a man of his age, he caught a few of them.

“What is this?” he demanded, puffing up again.
“Money,” I shrugged. “It lasts a really long time.”
“And it’s shiny!” Reg smiled, nodding his head. “Natives like shiny coins, yes? Ooooh, shiny!”
“Reg, you are not helping! What are you doing here?”
“Ah, I need a place to crash for a few days. I can take the couch if he’s got the guest room….”
“He does not have the guest room!”
“So I can have it?” Reg asked, looking up at me hopefully with those oversize eyes of his.
“WHAT,” I yelled, then caught hold of myself, “are you doing here, Reg?”
“Bell’s angry at me again.”

I froze, staring down at the tiny alien, who hung his head. I began swearing.

“Who is this ‘Bell’,” General [REDACTED] demanded, as a sudden shadow enveloped the house and the yard. Overhead was a much larger purple and gold saucer, flanked by red security ships with very nasty weapons, some of which were pointed directly at us.

“Ah,” I managed, swallowing. “General, may I introduce his Majesty, Prince Reginald, consort of Empress Bellaflorina De La Prefacia Dolsea Fra?”
“Ah,” General [REDACTED] said, looking up as the purple and gold saucer began to descend. “Is… is this an invasion?”
“No,” I winced as one of the saucer feet crashed through the roof of my detached garage. “This is where a friend of the family is being imposed on to hear both sides of an argument and tell the both of them that the other is completely wrong and they are completely right.”

“Oh. So, it’s a delicate domestic issue,” the general said slowly. “Does this happen a lot?”
“Often enough.”

“Do you do appointments?”
Top

Setting: An old hotel, apartment building, or Bed & Breakfast "within walking distance of downtown" has been taken over by a private group as an emergency shelter for monsters who have been dispossessed by humans and need resettlement. Anyone inquiring about the hotel is told it's a private society dedicated to the study of phrenology - followed by an offer to provide bumps to be studied.

Premise: Monsters have not come out of the shadows. While many humans claim they don't believe in monsters, that doesn't protect them from the few who seem intent on hunting them down. The players are monsters of human dimensions who have lost their homes and are now living at the shelter, waiting to be placed elsewhere.

Requirements: House floor plan, some descriptions of the street, NPCs, including some would-be NPC monster hunters.

House Rules
1. Obey Granny.
2. Do not reveal yourself or Monster House.
3. Do not go out hunting humans.

Alternative Setting: A warehouse with various caravans and shipping container loos & showers being used as a makeshift transient shelter.
Top

That sounds like it could be a lot of fun
"Always believe in yourself. Do this and no matter where you are, you will have nothing to fear."

Working on the hotel.
Top