Discuss anything relating to consoles, or VGing in general. 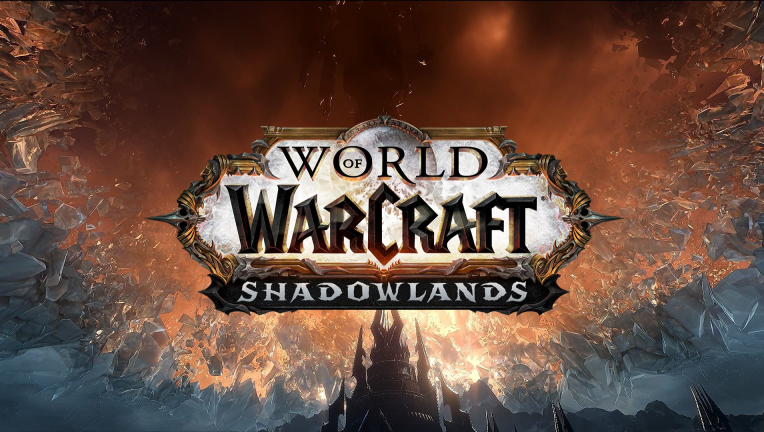 From wowhead: "Shadowlands is World of Warcraft's new expansion, following Battle for Azeroth. This, WoW's eighth expansion, features the very first level squish, and new features such as Covenants, a procedurally generated mega-dungeon in Torghast, Tower of the Damned, and 6 new zones"
Are you playing the game?
What class are you playing?
What are you most excited about?
How are you finding it so far?
Was the release day a good one?
~Biggkenny~ 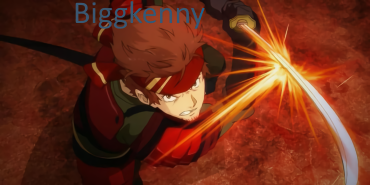 Was thinking about playing it on release but my dad had advised against it, he plays WoW too and from experience he has said release days have been terrible in the past. Might give it a go today. I will most likely be playing on my lvl 50 warlock so I can see the new expansion zones stuff. My demon hunter is lvl 45 so I might level her for a bit as well.
Top

I won't be playing it on release day. Then after that I'll be levelling my shaman, then priest then anything I want.

I mostly play for the RP though.
"Every position must be held to the last man: there must be no retirement. With our backs to the wall and believing in the justice of our cause, each one of us must fight on to the end."

So death, the most terrifying of ills, is nothing to us, since so long as we exist, death is not with us; but when death comes, then we do not exist. It does not then concern either the living or the dead, since the former it is not, and the latter are no more.

I'll probably end up playing it at some point. The story has gotten kinda lame so I'm not that interested in it at the moment.
Top

I'll be playing a destruction mage for this most likely.
Better to remain silent and be thought a fool than to speak and remove all doubt.
Top

rolled a Night Elf Warlock and joined my friends guild on Draenor server.
Better to remain silent and be thought a fool than to speak and remove all doubt.
Top

So I'm slightly starting to get the WoW itch again, dunno if I'll scratch it in Shadowlands or Classic. I'm wondering have they fixed gear in Shadowlands or is it still just stack the highest ilvl items?
The new leveling system also seems really weird. Wowhead says its around 12 hours to get to 50, which means its like 8 hours, which seems odd, specially since you're just skipping 15 years of the game world if you're a new player.
Also whats the endgame like? Is it still just grinding daily world quests or did they fix that at all?
Whats flying like in the new zones? It wasn't very clear in wowhead, do you just train it or is there going to be pathfinder achieves in like 6-10 months?
Top

Beerkeg wrote: ↑
27 Dec 2020, 01:13
So I'm slightly starting to get the WoW itch again, dunno if I'll scratch it in Shadowlands or Classic. I'm wondering have they fixed gear in Shadowlands or is it still just stack the highest ilvl items?
The new leveling system also seems really weird. Wowhead says its around 12 hours to get to 50, which means its like 8 hours, which seems odd, specially since you're just skipping 15 years of the game world if you're a new player.
Also whats the endgame like? Is it still just grinding daily world quests or did they fix that at all?
Whats flying like in the new zones? It wasn't very clear in wowhead, do you just train it or is there going to be pathfinder achieves in like 6-10 months?

I have only played a bit here and there so far so my main is 51 atm so I dont know a lot about the endgame so far. With flying, there is no flying in any of the Shadowlands areas and it has been like that for the past few expansions now where the most recent zones dont give flying until the player gets a pathfinder achievement of sorts. I don't think the levelling system as far as which zone you can level at is terrible, for me at least, since I kinda know all the areas anyway so its a case of which zones do I prefer to level at to make the experience less mundane as it already is. My issue recently has been the repetitive nature of the quests themselves- BfA was bad for it especially I think but it seems (so far for me) less so with Shadowlands.

Idk... Classic was great to get back into but seeing Sylvannas's bat shit crazy plan unfold in Shadowlands is also not badly written so far imo XD I do think Classic holds up better and its more social.
Top

I'm all in on Shadowlands atm got a lvl 57 Blood Elf Warlock and got into a great guild.
Better to remain silent and be thought a fool than to speak and remove all doubt.
Top

Oh ya, also wondering if dungeons/raids will ever be fixed. They should either completely remove trash and go with the boss rush method they've wanted to do for years now or actually make trash do something. This pull all and aoe thing it just dumb. The boss fights have been getting better. Back in vanilla, bosses were more technical with dot stacks, interrupt rotations, tank rotations, mana management and such. If you didn't have that down then you were just going to wipe. Now the bosses do more, its more of just a dps race before the enrage timer pops, but there are a lot more "don't stand in the fire" conditions where I think every raid boss does it. The bosses are easier now and are more of a gear check weekly thing. Theres a good reason why the raids keep getting easier, if you want to know why it is, just join LFR once. Oh ya and remove the mana bar because you never run out anyway.

Also after that rant... I don't like Sylvannas. I didn't mind having her go about being a macguffin, but I don't like that plot point being the main bad guy for like 3 expansions now. I hope we see her killed off in the 2nd content patch and we get something new that wont constantly frolic around going "ha ha! But I have plot armor! Brb gonna go do more evil now kthxbai"
Top

I played all the way from pre-patch to release day...

Anyway answering the intro thing. I'm playing it. Usually role my DK, but my first serious char ever was a Shadow / Disc Priest.
Usually get on my druid too... but yeah, "main" during Shadowlands is an Unholy / Frost DK.

I think it's good. Class balance is still off, but I think the game is good. At least many friends and a bunch of famous streamers said it's way better than BFA was.

What pisses me off about it is the mandatory grind... the chores. Getting into Torghast to do stupid shit so that you can grab soul ash and upgrade your legendaries ( or craft new ones ). Grinding shit to get reknown for your covenant, etc.
And WoW is merciless when it comes down to that. I gave it a break by the end of december, back then my gear was "Ok". 30 k hp for a DPS DK was "Ok" back then, and you could cleave the fck out of people in BGs. Now I'm just undergeared to the ground. Because that much shit happened within a month. It's ridiculous. I eventually wanna get back to it, since I bought the God damn 6 months sub to get the sprite outfit, but just thinking that I'm gonna have to do a bunch of random / time wasting crap, just to get "Ok" gear again and not get killed by a G-Py / meteor... Makes me NOT wanna login.
Top

See I am quite functional when it comes to gear, mainly because I dont own a lot of max level characters, I dont put in enough time to do that so I spend most of my time leveling more than anything. And i often think to myself "is levelling getting too hard for me?" which short answer, it shouldn't and pretty much has never been the case. If so, the gear is definitely the issue here. My point being... The gear/grind to get gear is a lot worse in other games, I know Diablo 3 was bloody shocking for it, that if your gear is even ok then you are going to get ripped to shreds.

Back to WoW I actually find getting gear in later expansions a wee bit easier because essentially you are not rolling for it- one of the main reasons why a few of my WoW classic characters are undergeared. Yeah its grindy... But i would also argue that earlier expansions were just as grindy, particularly vanilla/classic. On the other end of the spectrum folk would also complain that people are just getting things too easily or that its "dumbed down" if god forbid the game gets too easy again
Top

I don't really play a bunch of alts. I, mostly, have them for professions or just for fun.
The thing is gear, as I said, is just one of the many things you gotta do. As already mentioned, you gotta gear up, unlock reknown, find the condtuits and craft the legendaries.

In the past you could just gear up you char, and that's it. The new system is actually pretty good, being able to upgrade conquest gear with honor points is a huge improvement towards the right direction. They even added the old "you gotta be rank X to get this pvp gear" to it. If I'm not mistaken you gotta be Elite, or something, to upgrade conquest weap to 234.

But then you gotta do all that... and farm Torghast, conduits, etc. Plus, legendaries are behind a huge RNG wall.... basically, depending on the legendary, you gotta drop it. I got lucky as fk with my DK and got the Dark Transformation legendary in my first boss kill, plus a 207 accessory, pog champ... It's a loot from the World Boss in the venthyr area. Which goes on a weekly rotation with all 3 other bosses. So yeah.

I don't think it's "bad". That's just things that you gotta do before you could "compete" with other players, either on pvp or pve. Depending on how long the season lasts, and for how long this raid lasts, I'd say it's ok. But if it's something they're gonna keep updating every month, with a new wing released, better iLvl, etc... Then it becomes a job.
Top

My internet has completely shit the bed during this latest lockdown so playing WoW is a pain atm. As soon as I get half decent connection I'll be back on it.
Better to remain silent and be thought a fool than to speak and remove all doubt.
Top
Post Reply
14 posts • Page 1 of 1