Welcome welcome.
I have returned... no better place then to start here.

welcome back then!
Top

Im still lurking. There are not many things Ive been into just yet. 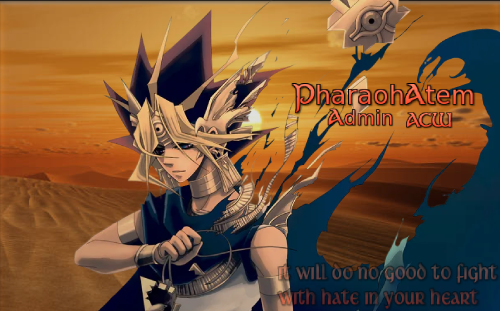 Im seriously trying to figure out the flow of the new joint.
Ive also been very annoyed with like.. life in general at this point. YAY!

life can be really annoying that is for sure.


no kidding!
I honestly think it had to do with my growing impatiens with lack of logic. That and the immaturity of the general populous.
This last year was cool but then just brought about the surfacing of sooooo many stupid people.
I took a job at a grocery store for a while- watched a full grown woman have a go at one of the cashiers because the price tag on the crab legs was more than advertised (it wasn't, and she had swapped the tag with a different product hopping our cashier wouldn't notice). She threw a fit until I got to the register to help the cashier. I then took the legs to have them re-tagged in our seafood department, and she decided she no longer wanted them because she "didn't know" that they were like $3.77/lb.

The shear number of people who just leave products in random places is amazing. frozens in the chips, milk in the freezer, syrup also in the freezer.

I hate retail. Which is why i generally don't work in that business. (This store also had some of the worst management Ive ever had in my life. The involuntary turn over was CRAZY, they were terminating people for things like turning off their cell phones, off the clock, while walking into the building.) I miss my old job (Medieval Times), and am waiting for them to re-open here in Maryland. It suuuuuuucks.

In the mean time, security seems like a good career. They also pay much more.

Maryland hmm
I live across from a fish place but I still haven't tried their crab legs. It's western nc though.

totally over the whole crab thing. Everyone here is OBSESSED. Like.... old bay is gross (most unpopular opinion in the entire state), and in general im just not a huge fan of seafood.

I wonder how much everything has actually changed.
ALSO! who wants to come and clean my house for me?!

I love smoked salmon. Its amazing... and sushi...

Idk why I dont like regular sea food though. In general, i think maybe i just ate to much of it at one point and now it makes me sick. I hate the smell. Here in maryland people go to stores that have a seafood department and buy pre-cooked ready to eat shrimp that is absolutely destroyed with old bay seasoning. That shit makes me sick. Like every time i smell it.